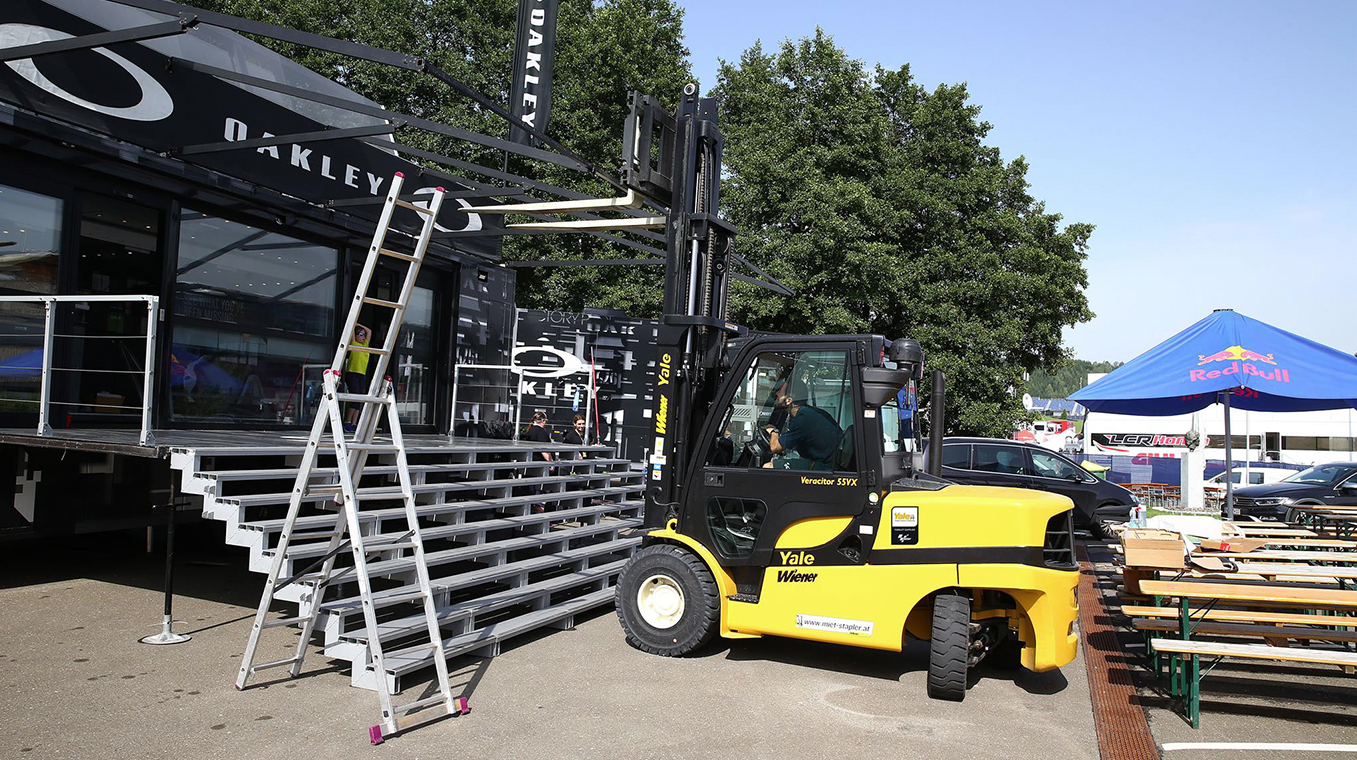 “Yale plays an essential role throughout the process of building and dismantling the infrastructure. Without the trucks efficiently doing their jobs, we would have some very hungry, thirsty, and unhappy guests!”

Yale has become an integral part of the 2017 MotoGP™ logistics operation, and is heavily involved in the infrastructure that feeds the events, from the loading/unloading of the Dorna lorries to the set-up of the VIP Village hospitality. 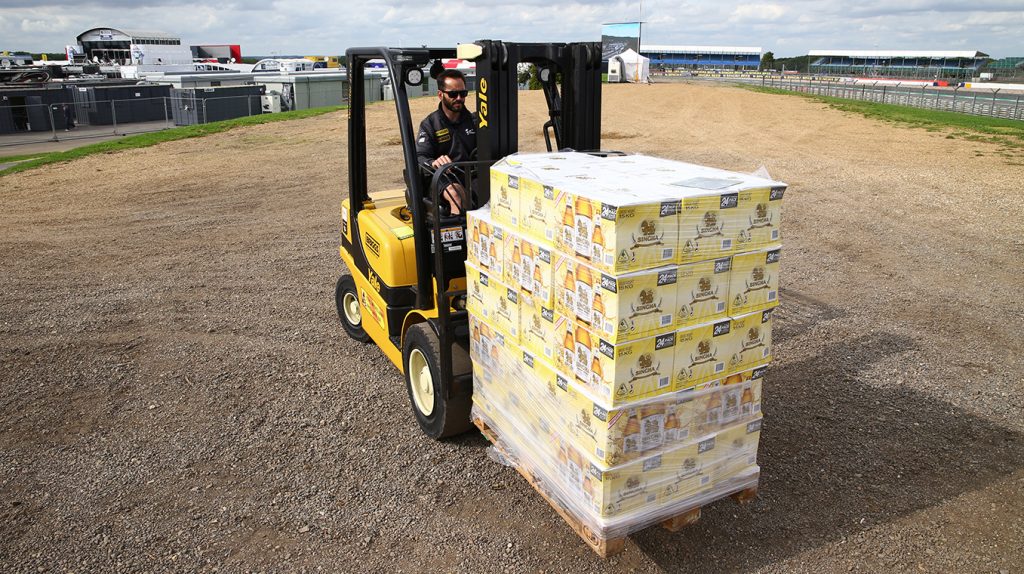 The fourth event in the Yale-MotoGP™ partnership was the San Marino round, taking place at the Misano circuit. To handle the demands of the Italian round of the MotoGP™ Championship, Dorna was supplied with forklift trucks from the premium Yale® Veracitor® counterbalance truck range, including 2, 2.5 and 7 tonne capacity versions.

The material requirements of the hospitality units used within the VIP Village were transported in two 15-metre trailers, each containing 30 pallets that varied from 500kg to 2,000kg in weight. In them were washing and cleaning machinery, as well as the most important and heaviest load, the ovens, which weigh almost two tonnes.

Precision and rigidity in the timing of the unloading of the goods into the catering areas of the VIP Village was of utmost importance. Yale lift trucks were in operation throughout the day on the Monday of the race week, on Friday and Saturday morning, and on Sunday in the early morning and late evening once the spectators had left.