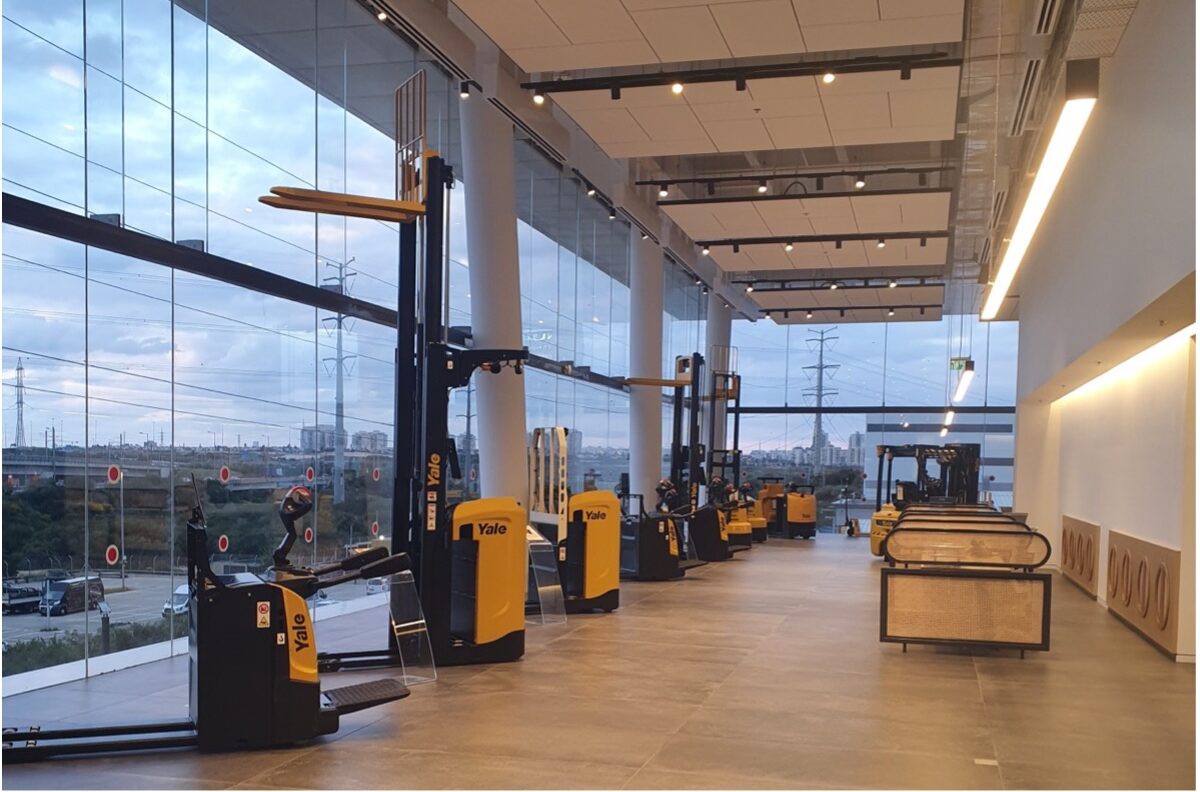 The new HQ will feature 22,000sqm of office and two showroom areas, one of which is a Yale showroom. A 6,000sqm logistics centre has also been built for the handling of spare parts and tyres which are distributed by AEV.

Through the years Yale and AEV have built a reputation in Israel with a bank of long-term customers and excellent service. With both Yale’s quality and durability being the core values that AEV’s customers emphasize.

AEV was established in 1949, and soon after in 1952 the import of Yale trucks began.

“The decision to partner with Yale 70 years ago was made by my father Joe Boxenbaum,” says Charlene Neta. “The first Yale trucks that were sold by AEV were done so as a solution for the then developing citrus packing houses which served Israel’s main export of ‘Jaffa’ oranges.”

Yale’s large market entry occurred between 1966 and 1967. In 1966, Coca-Cola came to Israel and stocked up with Yale trucks to assist in their operations. During the Six-Day War in 1967, a national truck recruiting campaign was launched, and Yale was one of the major suppliers.

Since then, AEV have supplied Yale trucks to a very large number of companies and opened new facilities in Israel, including an independent Yale in Tel Aviv in 1982, and the expansion of their Reem facility in 2021.

When looking to the future, AEV are wanting to continue expanding their logistic centre products and solutions as they have identified a huge development of packing, transporting, and handling of products and the growth of logistic centres in Israel. AEV also hope that their existing businesses will continue to grow and strengthen their hold of significant market share in the country.