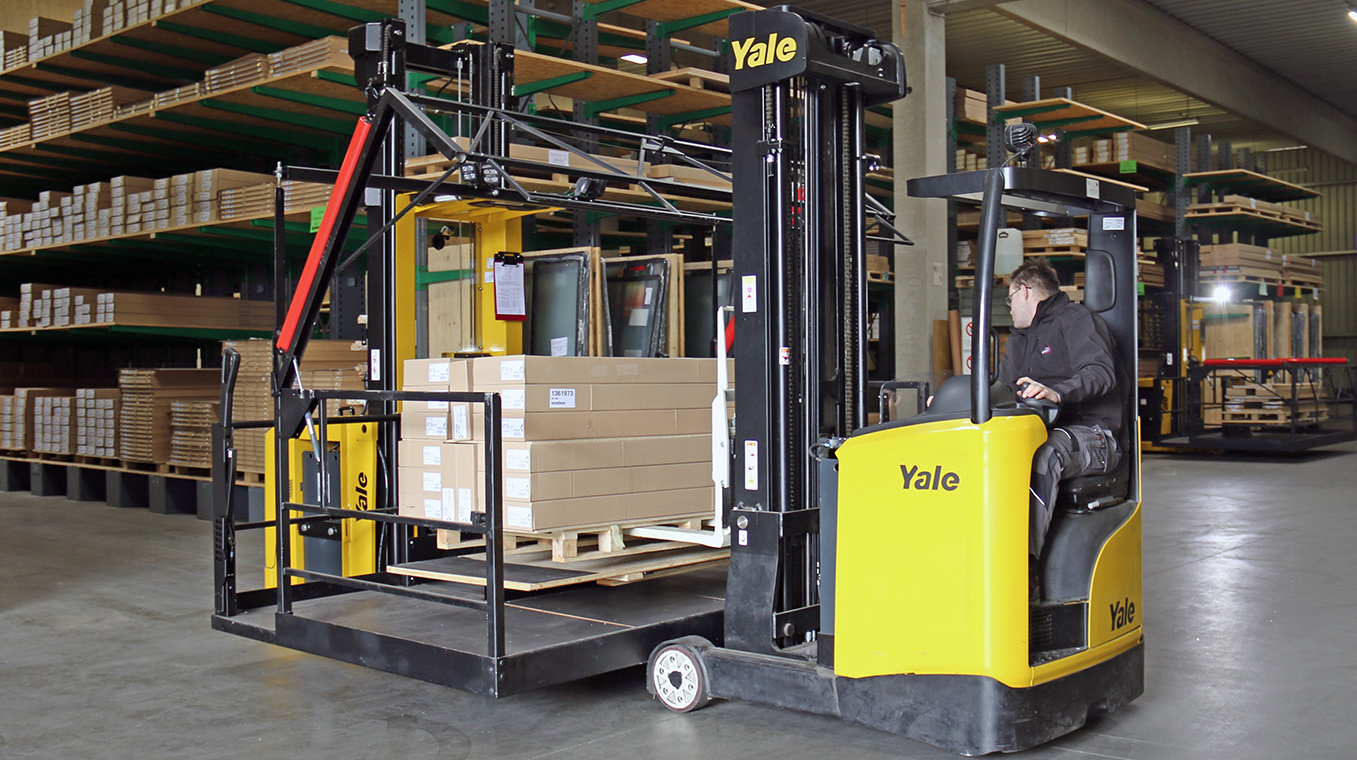 “For us, the service is an essential part of the decision as well as the partnership-based relationship in which challenges are addressed.  This is why we selected Yale and M. + S. Bauer due to their same collaborative approach.” 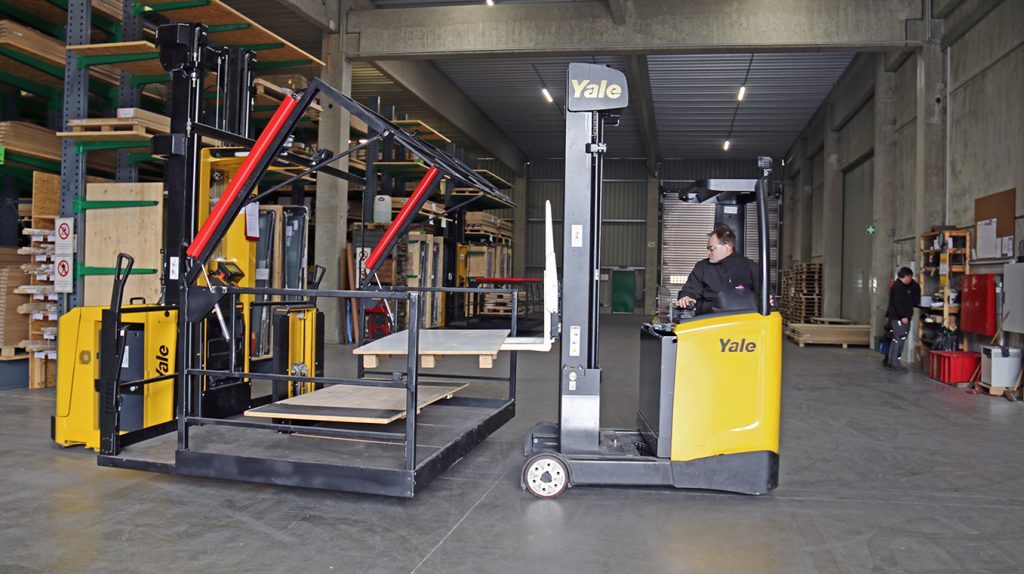 In 2016, the management made the decision that Ehmann would be established as a competence centre. As expansion at the site was not possible, Ehmann had to work with the available space which meant reducing the product range and putting the internal logistics under scrutiny to optimise processes. Since Ehmann had  been cooperating  with  Yale  since  2007 and was very satisfied with both lift trucks and the Yale dealer, they were asked to develop a solution. 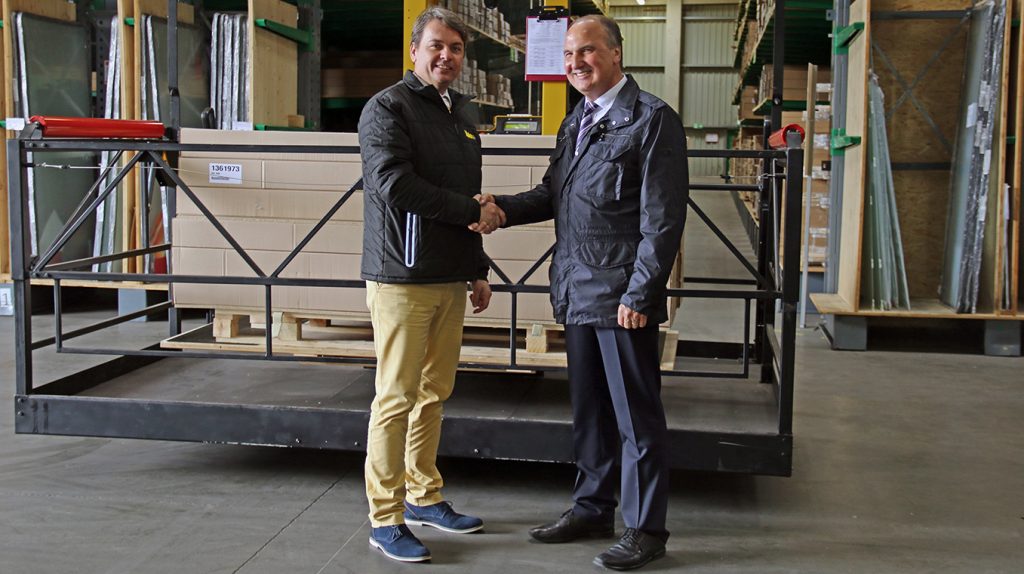 “M. + S. Bauer has developed a very clever solution for us that fulfils our requirements to the highest degree and has significantly increased the efficiency of our logistics processes,” commented Ettl. For picking doors and frames, Ehmann has now purchased two Yale MO10S high level order pickers in addition to a Yale MR16 reach truck. The highlight is a clever attachment to one of the high level order pickers in the form of a platform on which the operator can pick orders.