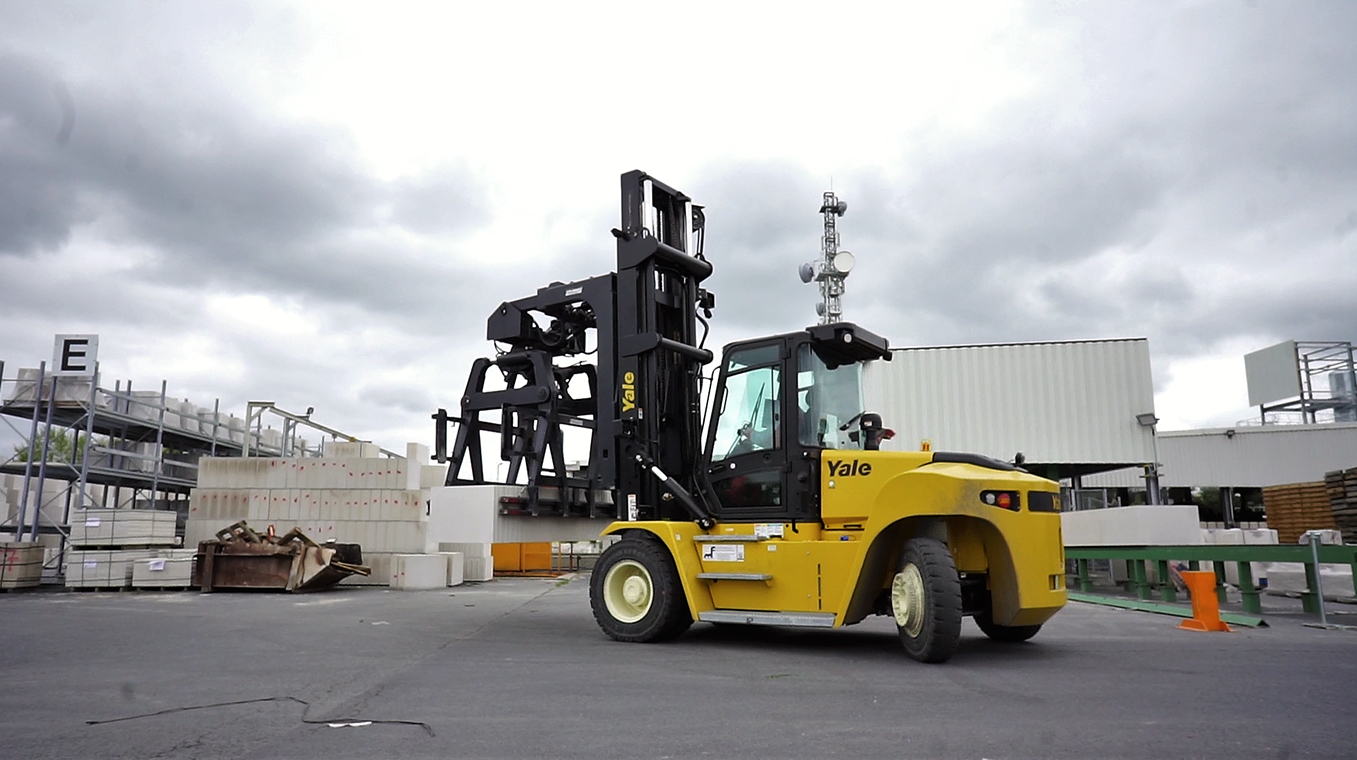 “They know what they are talking about. We soon agreed with MF Gabelstapler about detailed specifications. There are no complaints about service quality.” 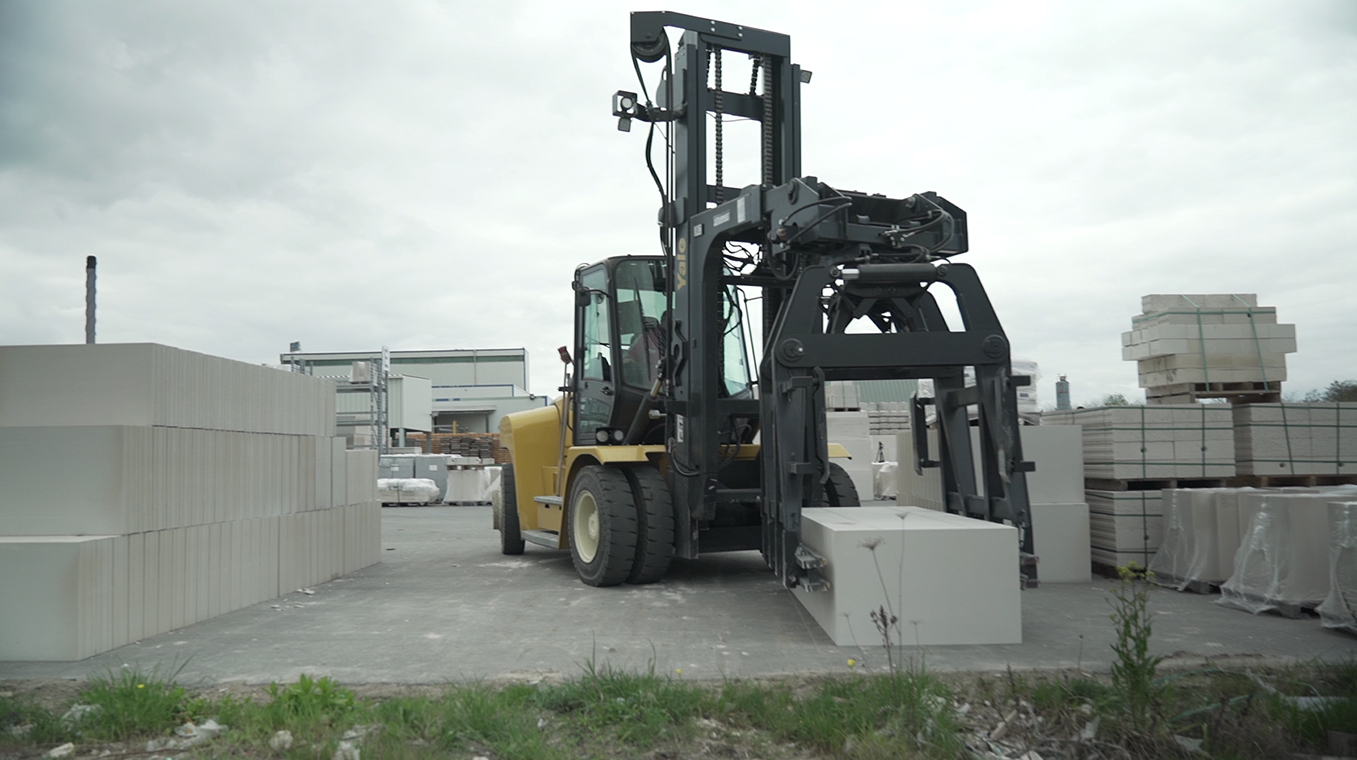 In 2016 the company decided to introduce a back-up factor into its warehousing logistics by buying a second heavy duty forklift truck. The new truck had to be reliable and be able to move quickly around the grounds.

Buying a standard forklift truck was not a suitable option for Baustoffwerke Havelland. The key feature of the GDP120DC at Havelland is the hydraulic brick clamp supplied by Steinweg Klammersysteme. The clamp is an extended version with an overall width of 230 centimetres, matching the size of the large format plane-elements, the grabs have a special coating so that they can handle unpacked and plastic-wrapped stones at the same time. An LED lamp on the grab eases the job when lighting is poor – an extra feature suggested by the truck drivers themselves.

The forklift has been in service at Baustoffwerke Havelland since March 2017: its availability and its performance are just right, according to Olaf Lilie. 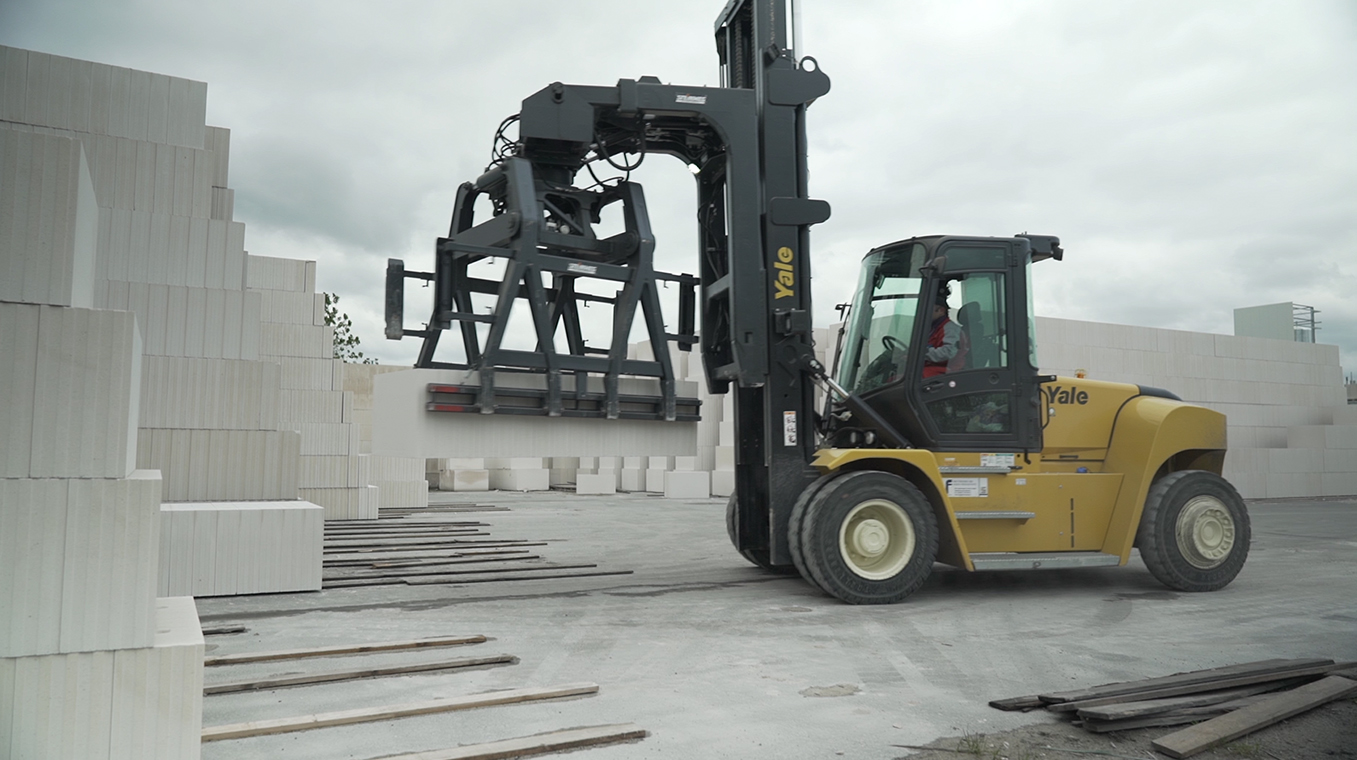